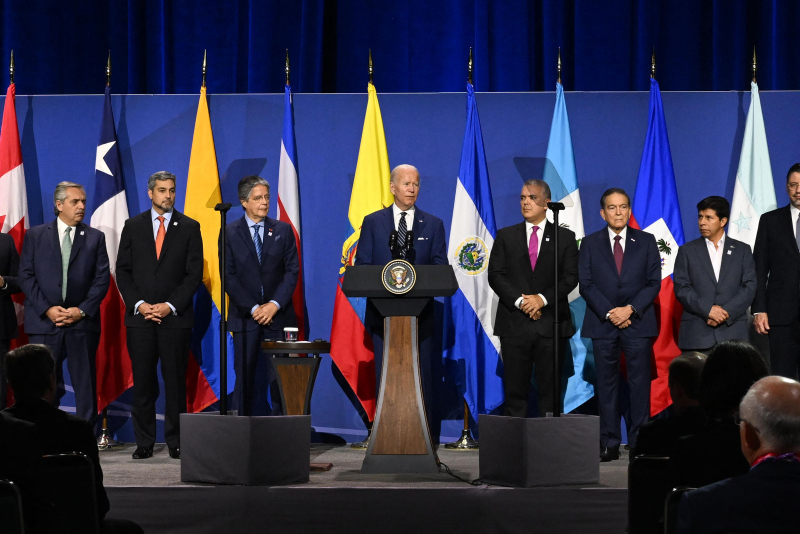 U.S. President Joe Biden and 19 Latin American and Caribbean leaders on Friday signed a much-anticipated pact to expand legal pathways for migrants and refugees and provide new funding to assist countries in hosting them.

“Each of us is signing up to commitments that recognizes the challenges we all share, and the responsibility that impacts on all of our nations,” Biden said as he joined a group of regional leaders to sign the so-called Los Angeles Declaration.

The signatories to the agreement, announced on the last day of the Summit of the Americas in Los Angeles, included Mexico, El Salvador, Guatemala and Honduras — four countries whose commitments were in doubt after their leaders boycotted the conference over the U.S. decision to exclude several countries it considers to be antidemocratic.

Mexico is a key player in the region, and its cooperation is essential to stemming the flow of migrants to the U.S., while the three Northern Triangle nations of Central America — El Salvador, Guatemala and Honduras — produce a large share of the region’s migrants.

Although their leaders’ absence had cast doubt on how comprehensive migration talks at the summit would be, Biden administration officials maintained that the pact would include a diverse group of countries coping with the surge in migrants across Latin America.

Migration patterns in the Western Hemisphere have shifted as the region has grappled with a pandemic-fueled economic crisis, exacerbated by political upheaval, violence and environmental disasters.

Biden pointed out that millions of migrants who fled Venezuela now make up as much as 10 per cent of Costa Rica’s population.

“(Our) economic futures depend on one another…. And our security is linked in ways that I don’t think most people in my country fully understand — and maybe not in your countries as well,” he said.

The pact includes commitments from Mexico to launch a temporary labor program for 15,000 to 20,000 workers from Guatemala. The country will expand eligibility for that program to include Honduras and El Salvador “in the medium term,” according to a fact sheet provided by the White House.

The Biden administration plans to dole out $314 million in humanitarian aid, funded by the U.S. Agency for International Development and the State Department, as well as provide billions in existing development bank funding to help promote new programs to accept migrants and refugees in countries such as Ecuador and Costa Rica.

“If you prey on desperate and vulnerable migrants for profit, we are coming for you. We are coming after you,” he warned.

Other countries will also be taking steps to address the jump in the number of migrants traveling to the United States. Border officials encountered more than 1.7 million migrants along the U.S. southern border in 2021 and more than 1.3 million in the first seven months of this year, according to U.S. Customs and Border Protection.

Canada, too, will provide $26.9 million for the 2022-23 fiscal year for migration management and humanitarian aid. Spain will pledge to double the number of labor pathways for Hondurans

Related Topics:
Up Next 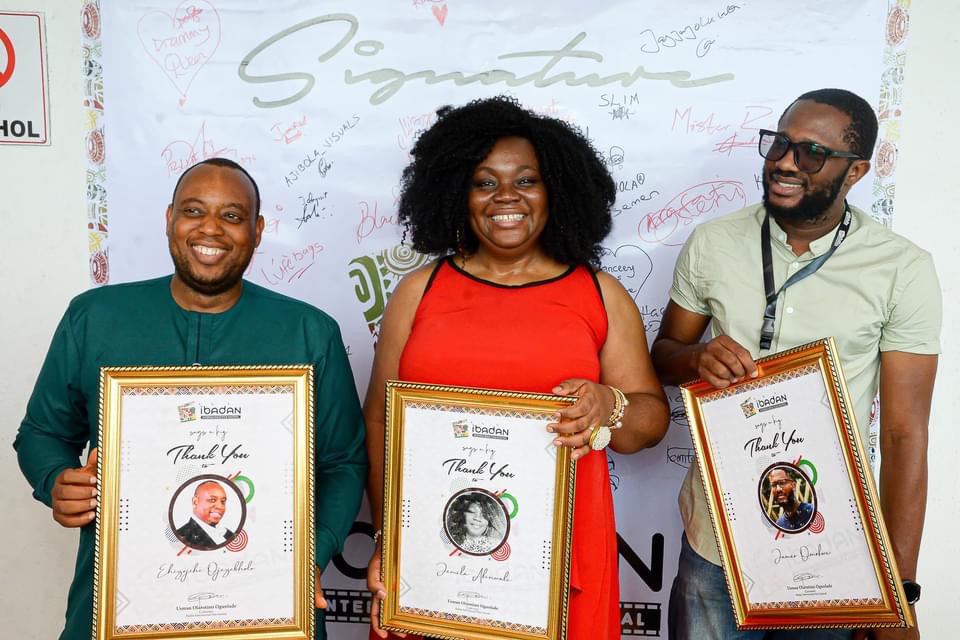 Globally, the impact of film making cannot be underrated. Apart from the fact that it can be used build positive societal values, its contribution to unite people in a common sense of humanity and shared responsibility gives it power to foster positive changes and developments in any given society, as it can reach a wide audience to inform and inspire change through engaging audiences and reflecting society.

Economically, film making industry in Nigeria has continued to break barriers, grossing millions in dollars as it is being watched globally.

According to PwC Global Entertainment and Media Outlook for 2020-2024, Nigeria’s media and entertainment industry is one of the fastest-growing creative industries in the world. It has the potential to become the country’s greatest export, with a projected annual growth rate of 8.6% and a compound annual growth rate (CAGR) of 19.3% from 2018-2023.

The report further pointed that the Nigeria’s film industry in 2021 contributed 2.3% and about 239 billion naira ($660 million) to GDP and projects that the industry will increase its export revenue earnings to over $1 billion.

For much of these efforts to be appreciated and further inform the society on the contributions the industry is making to the Nigerian economic and national landscape, major Nollywood stakeholders gathered in Ibadan last week under the platform of Ibadan International Film Festival.

As it was set out, the international festival was a three-day event that gathered major film making players and stakeholders from different institutions to entertain and educate people about films.
The Festival Convener, Usman “Blackky” Ogunlade said that the festival was born out of the idea of putting Ibadan back to its old status of been the cradle of entertainment in Africa which was driven by WNBS/WNTV which later became Nigerian Television Authority. 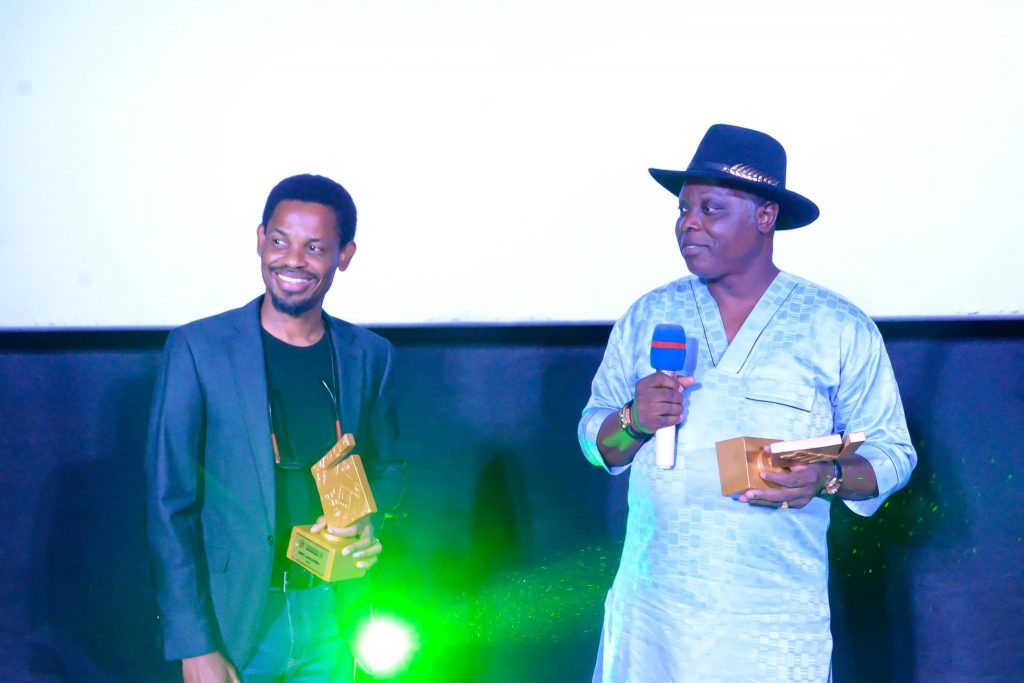 Ogunlade said the birth of NTA have birth to the beginning of filmmaking Africa.

In his word, “We set out not for a local film festival but an international film festival because of the status of Ibadan in the World Map. We created an avenue where we can bring the World to Ibadan and also take Ibadan to the world using filmmaking/entertainment.”

The event which started on Thursday with workshops on film making was facilitated by Ehizojie Ojesebholo, popular filmmaker known as Jimi Bendel; Godwin Lawani, and Charles Oleghe.

This day also screened selected films which were wrapped with an ‘Art Hang Out’ that was supported by the prominent art Curator/Collector – Prince Tunde Odunlade of Tunde Odunlade Arts and Culture.
The last day of the festival featured film screenings and seminar that had the top key players in the business of filmmaking in Nigeria, Biodun Stephen, Olaleken Wasiudeen of LibraTV, Femi Ogunsanwo and Adeleye Fabusoro of the popular family series – Awon Aladun. 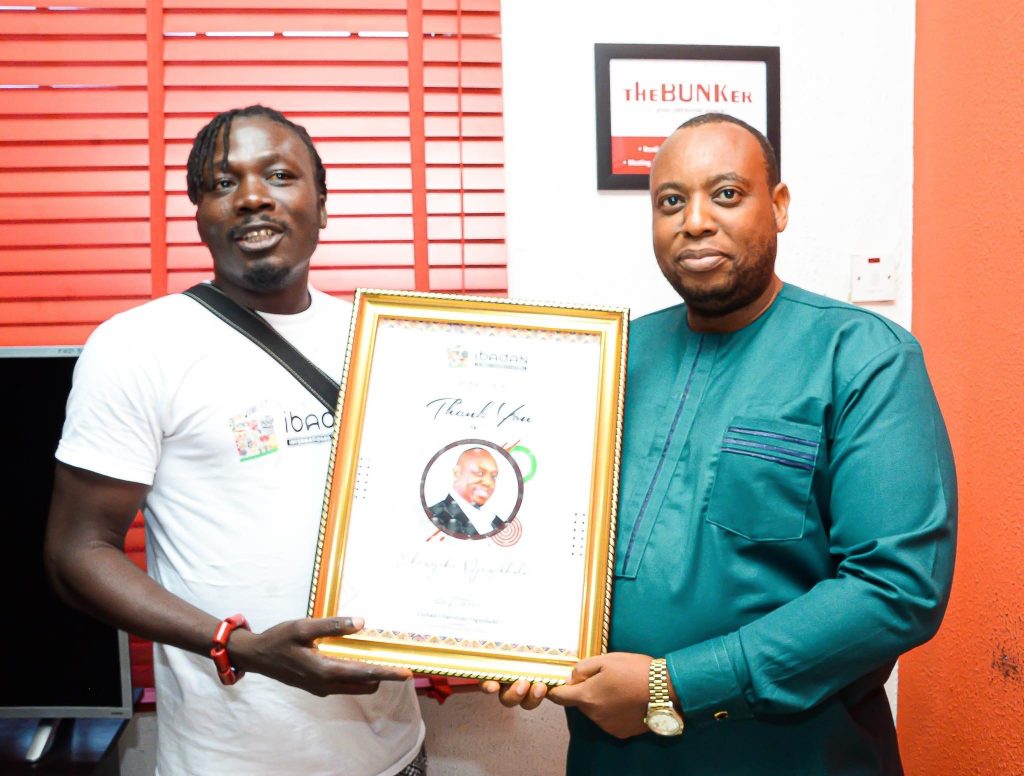 In his keynote address, Lagos State University’s Professor of Theatre, Film and Cultural Studies, Professor Tunji Azeez identified the role corporate sponsorship play in event like Ibadan International Film, saying that any nation, such as Nigeria that refuses to consciously and intentionally invest in art, culture and filmmaking does so at its own peril.

The former Acting Head of Department of Theatre Arts and Music of the institution lamented that successive Nigerian governments have not woken up to this reality in over hundred years of the industry existence.

Professor Azzez emphasized that the birth of Ibadan International Film Festival should be seen as a venture that we all, particularly the government must embrace, pointing that government must put structures and policies in place to guarantee that it is a permanent festival.

“Now, let me add that beyond coming to deliver a keynote address at this maiden festival, I am a bonafide son of Oyo state with a passion for the state and the arts and culture sector generally. For this reason, I must emphasize that if we get this right, Ibadan and Oyo state will have cause to attract investors that will impact positively on our people and our culture.”, he said. 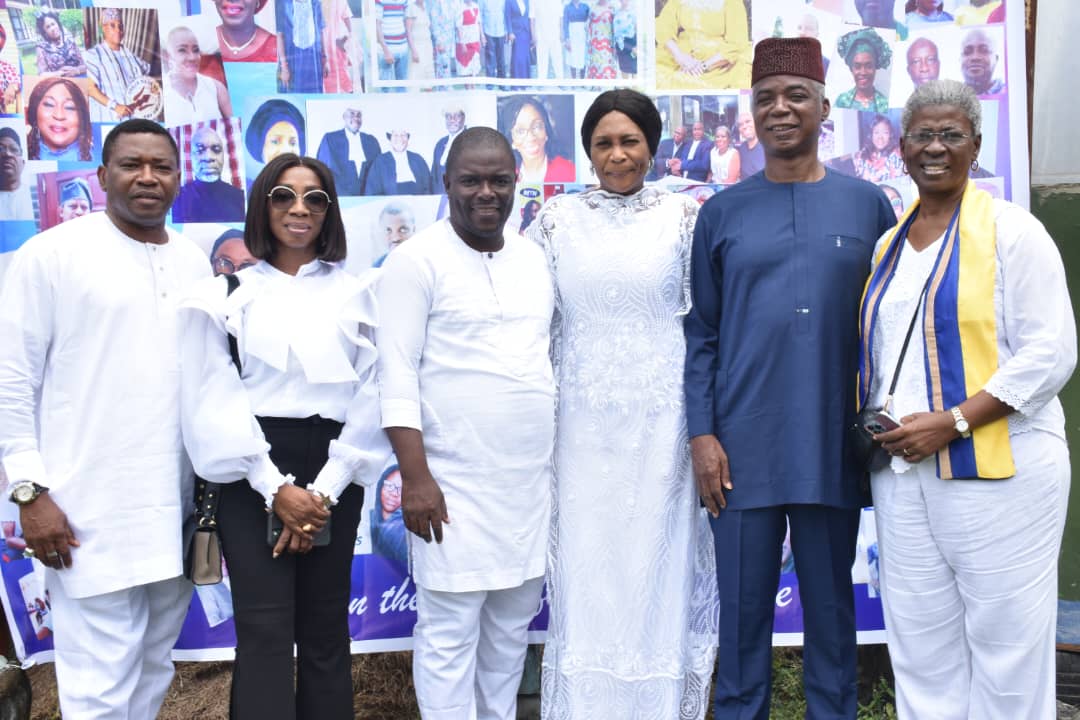 The President of the Alumni, Mrs Tayo Gbajabiamila Olamona in an interview with Newsmen spoke lengthy about the projects the Alumni has earmarked in order to provide some basic amenities for the benefits of the pupils. The project includes the renovation of the School toilets and the sick bay.

In her words, she said ” the Alumni is focused on putting back the school to its old glory which was that of Excellence, upgrading the standard to embrace more valuable pupils for decades to come without going into extinction or loosing it’s worth“.

She however appealed to the government to improve the standard of Education back to how it was decades ago, most especially the public schools. She stated that the foundation of learning is the primary education and the quality needs to be upgraded so that children with parents that has little will be accommodated and still match up with private schools in standard.

Using herself and fellow Alumni, as being results of good quality but affordable primary education instilled years back, “Our parents, at that time, did not have to break the bank to pay school fees and we also got quality education and won in competitions against pupils from private schools”, she revealed.

She further indulged her peers to be more participatory in the affairs of the Alumni association and also help to seek out unaware members.

Speaking at the event, the Chairman of the event, Dr Olatunji Olowolafe, a Veteran Engineer endeared his fellow Alumnus (Iretians) to please put heads together and improve the standard of their Alma Mata by assisting with basic infrastructures that the school needs. He also added that Primary education is key to the journey of human existence as it is the most fundamental form of education that should not be taken with levity, and that the quality of education posed at a child in the primary level aids in what a child becomes in future.

He also noted that Provisions should be made for pupils that may be having shortcomings. He further assured that a bank account will be open for receiving funds to aid the less privilege and Iretians in Need.

Other members of the Alumni present at the event took turns to introduce themselves as they also recount their various experiences at the school and how it has played a vital role in their journey to success in life.

The guests at the event were thrilled with cultural performance by pupils of the school who were in celebration mood to mark this year’s Independence Day celebration. A playlet themed Unity and Oneness was also acted to entertain the audience.